Created with a Drone

Paramount Ranch got its name in 1927, when Paramount Studios purchased the plot to use as a movie ranch. They began building sets on the land that year, connected by roads and dotted with permanent buildings.

In November of 2018, the Santa Monica mountains were ablaze. The Woolsey Fire, which began above the Simi Valley and blazed south across Southern California’s canyons and chaparral, moved ever closer to a 19th-century frontier town nestled in the hills. People watched anxiously from a safe distance, but in the end, there was no stopping the destructive wildfire, and the town burned. It was like something out of a movie.

In fact, it was exactly like something out of a movie. The “town” was actually a film set for Westerns, featured in shows like Dr. Quinn, Medicine Woman and Westworld. That Western Town, as it was called, was part of the larger Paramount Ranch, a site on the National Register of Historic Places where filmmakers had made hundreds of movies since the 1920s. The fire wasn’t staged, though, and many of the set buildings were lost—for now.

Clear for take off?

It took about 3 months to get permission to fly at a California National Park. The authorization process is always worth it. The privilege to fly legally at a National Park comes with a lot of prep, including a 12-page safety debrief. We plan on doing another 3D map after they rebuild the buildings destroyed by the 2018 Woolsey Fire.

How does one make a 3D model with a Drone?

1000’s of photos from all different angles. Like a lawn mower in the sky, the drone travels back and fourth covering every foot in a predetermined flight path. Taking a picture every 2 seconds. Traveling at about 2 mph. It took 5 batteries from start to finish. The photos have the gps coordinate embedded into the file which allows the software to pinpoint where the photos were taken. The process is long and challenging… but the results are an environment, frozen in time. 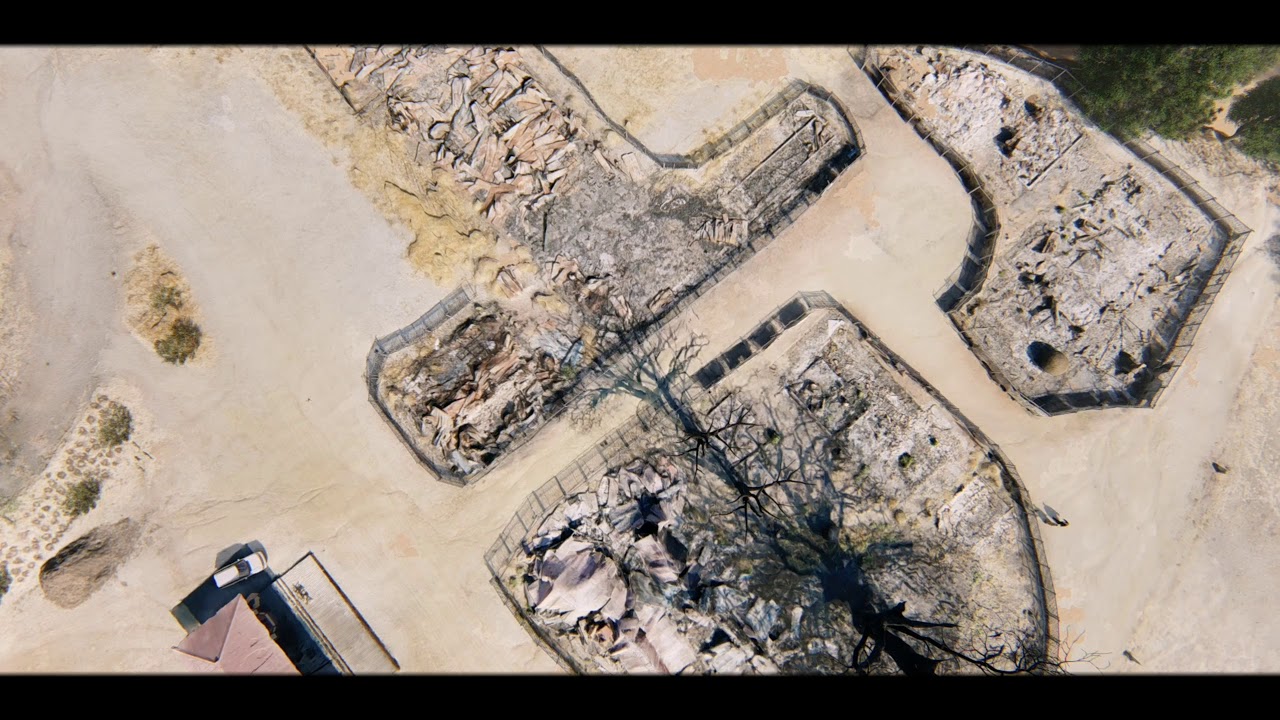 Let's get your company the attention it deserves.